What “Error: Unfinalized Track” means, why it happens, and how to fix it so you can download your and/or your guests’ files.

“Error: Unfinalized Track” can occur when a host’s or guest's files do not finish uploading to the server. The following instructions are for when this error occurs in a recording done on zencastr.com.

What Is An Unfinalized Track?

An unfinalized track is an audio (MP3, WAV) or video (MOV) file that hasn’t finished uploading to the servers or wasn’t uploaded properly.

On the Recording Page, the host sees “Error: Unfinalized Track” on one or more files on their own user track or guests’ user tracks, depending on which participant the error happened to. 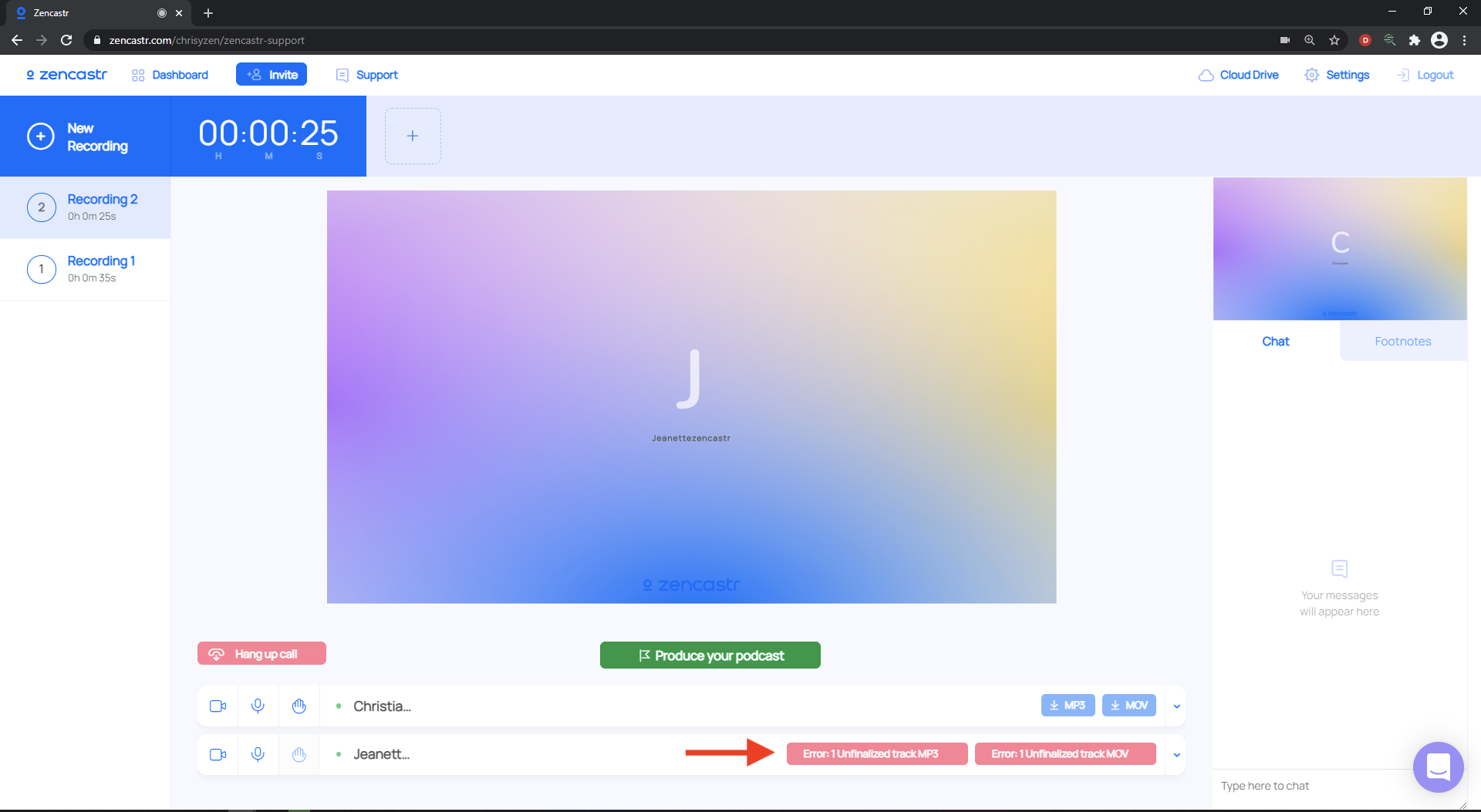 How Zencastr Stores and Uploads Files

While you and your guests record in Zencastr, all of your files are progressively uploaded to the server while the recording is still in progress. Simultaneously, local backups are stored on each individual participant’s computer.

When the host ends the recording, host and guest files finish uploading to the server and each participant sees a success or confirmation popup in their view of the Recording Page. This process usually completes for all participants within seconds of the host ending the recording.

Unfinalized tracks are usually caused when something interrupts the file upload.

This most frequently happens when:

How To Troubleshoot for Guest Files

The Unfinalized track error can be troubleshooted if:

Try, in this order: 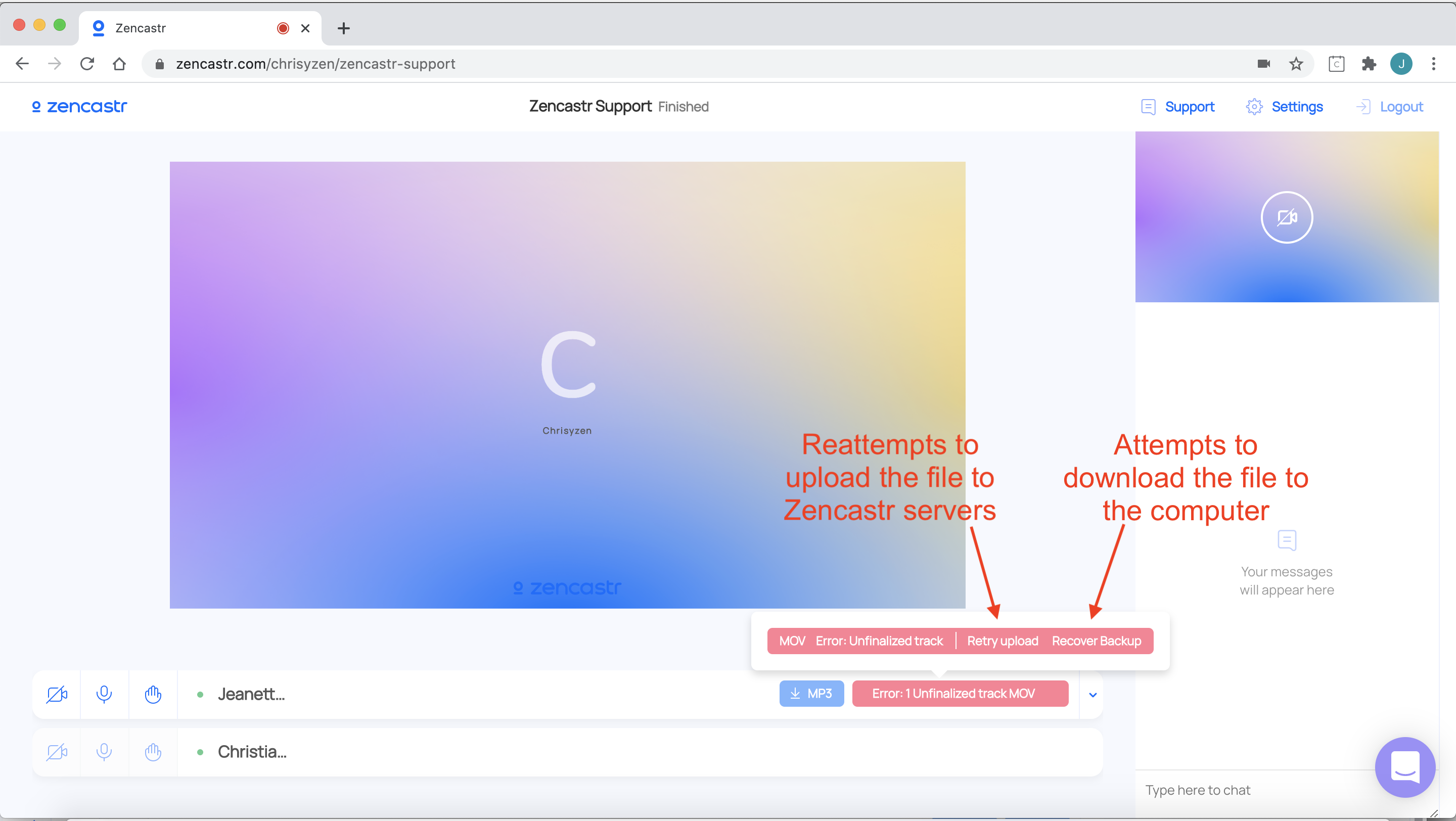 How To Troubleshoot for Host Files

Did this answer your question?